How Hyundai Used MVT To Achieve A 208% Increase In CTR

In the Netherlands, Hyundai hired Traffic4U, an experienced, international online marketing agency that specializes in result-driven online marketing, to optimize conversion rates from their lead-generation pages (leading to test drives). Traffic4u is a VWO-certified partner. Being familiar with the powerful capabilities of VWO, they chose it for testing and optimization on Hyundai.nl.

This success story describes how Traffic4U used VWO and was able to achieve a 62% increase in conversion rates for Hyundai.

Increase Conversions in the Form of Visitors Requesting Test Drives

Hyundai has landing pages for all of its car models where people can request a test drive or download a brochure. These landing pages mainly get traffic from paid advertising campaigns (but get some direct and SEO traffic too). Hyundai wanted to make the most of this traffic.

Specifically, the company had 3 goals:

Traffic4U decided to conduct a multivariate test on each car page on Hyundai.nl, because
Hyundai’s car landing pages had a lot of different elements (car headline, car visuals, description, testimonials, and others). A multivariate test would help understand which elements influenced a visitor’s decision to request a test drive or download a brochure.

Traffic4U set up a multivariate test and decided to create variations of the following sections of the page:

Here’s a screenshot of the original page: 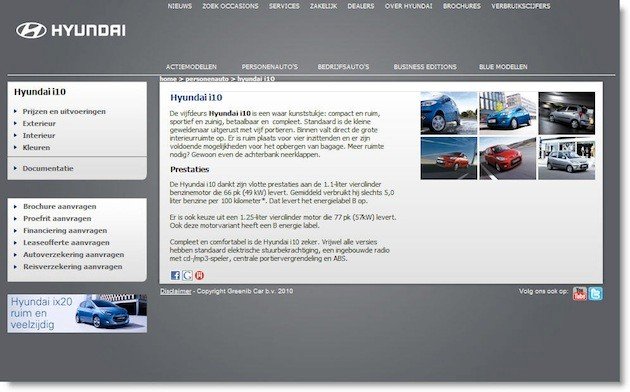 Traffic4U was spot on with all 3 changes. The results of this multivariate test were phenomenal. The variation with SEO text, extra buttons, and larger images increased conversion rates (request for test drive or brochure) by 62%. And there was a staggering 208% increase in click-through rates (step 1 to step 2). 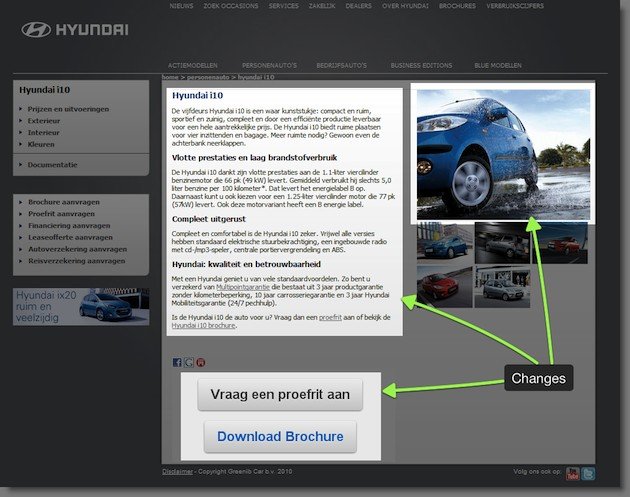 The outcomes of the optimization based on this multivariate test were so impressive that this test won the silver in the annual WhichTestWon awards!

Objectivity is a clear benefit from using a hypothesis-based approach with an appropriate application (such as VWO). Adding the SEO text may have impacted traffic a little; but in this case, any such decrease was more than offset by the gains made by the other changes. Rather than guessing your way through, setting up a multivariate test can easily help you choose the preferred course. VWO’s advanced Multivariate Testing capabilities help you configure tests with a wide range of options. Take a free trial to checkout for yourself!

Traffic4U used heuristics and drew upon their experience of best practices to come up with variations for this test (for example, larger pictures and clear call to action buttons). A
well-conducted multivariate test also helps validate best practices for future use.

This is what Janco Klijnstra from Traffic4U had to say about VWO:

VWO is very valuable. It made it possible for us as an agency to build our own variations, test on a group of pages and measure different goals at once. Also the Analytics plug-in was very helpful in the analysis for segmentation purposes.