CityCliq provides low-cost, search engine-optimized webpages for small and large businesses. As they provide a suite of tools to businesses for creating and managing their online presence, getting the positioning right is critical.

They recently used VWO to A/B test which product positioning works the best.

While researching for your options for tools or services, which of the following pitches is going to appeal you most?

To manage their online presence, it was critical for CityCliq to get their positioning right.

The conversion goal for this test was click-throughs to their pricing plan. Implementation-wise, this test was simple to set up (took them just 15 minutes to do so); the major effort was invested in coming up with good candidates for positioning.

They ran the test for 2 weeks on their home page and were quite happy with the results. 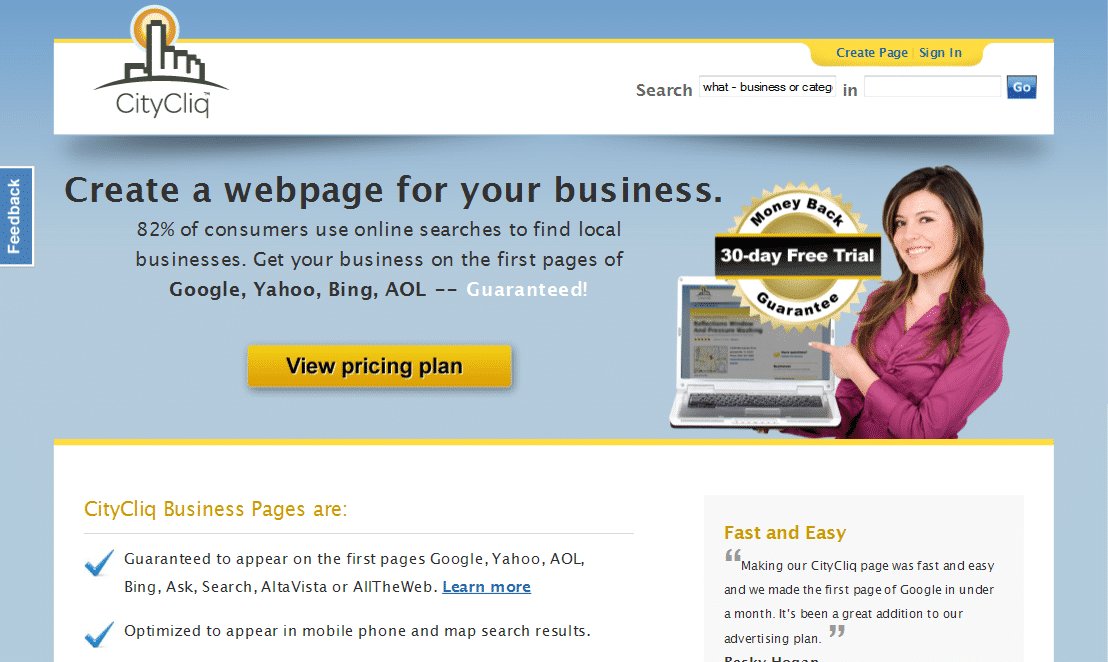 Here’s how different positioning statements fared against each other:

About the results, here is what CityCliq had to say:

Create a webpage for your business was our last test tagline and eventually showed a 98% chance of beating the original. In retrospect, its success makes sense, as it’s perhaps the purest, most direct representation of our product. It didn’t surprise me, as user behavior seems to vary wildly on the web. Plus, there hasn’t been much research done on the behavior of our target audience, so these results were more informative than surprising.

What they meant is that this A/B test yielded more than just an increase in the conversion rate. The test informed them about the psychology of their target customer. This is a perfect example of how A/B split testing can be used to peek into the minds of customers, to see misalignment of what they want and what they think you offer.

Create a webpage for your business as the winning variation tells that CityCliq’s prospective customers are already aware of benefits of being online and in fact are looking for a tool to make that process simpler. All other variations tried to pitch the advantages of being online, which clearly isn’t that appealing to the customers.

Per the above A/B test, CityCliq implemented the winning variation permanently on the home page (as you can see on the screenshot) and subsequently saw a rise in user actions. Inspired by their first successful test, they hope to set up a lot of A/B split tests in near future.