Casa Mineira is a real estate company operating in Belo Horizonte, one of Brazil’s largest cities. In addition to a network of 8 physical offices spread across the city, the company also attracts leads through its website.

The company hired Supersonic, a Conversion Optimization consultancy in Brazil, to increase the number of leads generated by its website and improve conversions.

The objective of this test campaign was to identify the easiest search options for users thereby increasing the number of leads generated by the website. The conversion goal that was tracked in VWO was the number of emails collected (leads generated).

The original home page of the website had a neat and somewhat minimalist design above the fold. The headline, pointing toward a search box, asked people to find a property in Belo Horizonte. This is what control looked like: 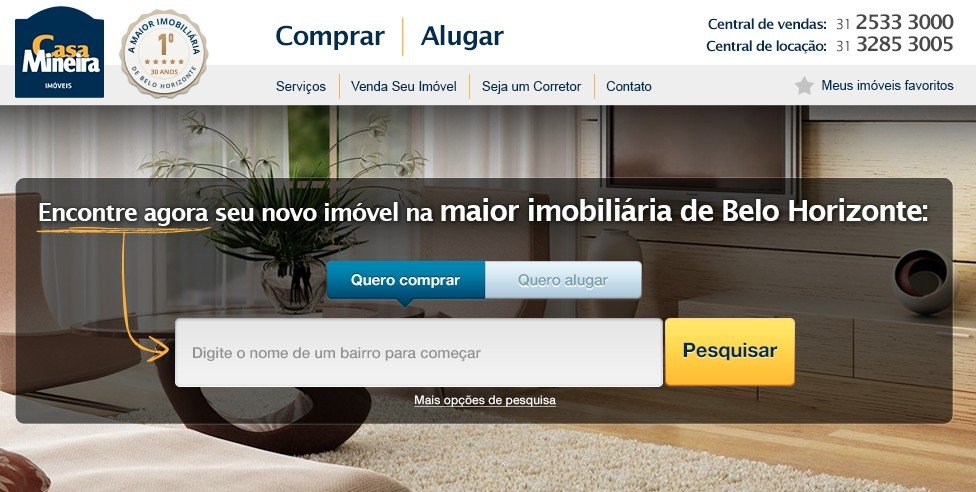 To understand the behaviors and expectations of visitors to the site, Supersonic conducted email surveys, gathered onsite feedback (by using Qualaroo) and used exit surveys.

One observation that came out prominently from these was that visitors wanted to perform their search quickly and easily.

Rafael at Supersonic decided to test a variation to assess the effect it will have on conversions.

The hypothesis was that giving users clear choices would increase the usability of the search box. In turn, this would lead to more people leaving their email ids in the form for one of Casa Mineira’s brokers to contact them.

Accordingly, the standard search box was replaced with 2 boxes containing drop-down menus. The first box had a drop-down list of apartment types; the second box had a list of locations to choose from. Since Casa Mineira operated only in one city, all major locations could be easily covered through a drop-down menu. 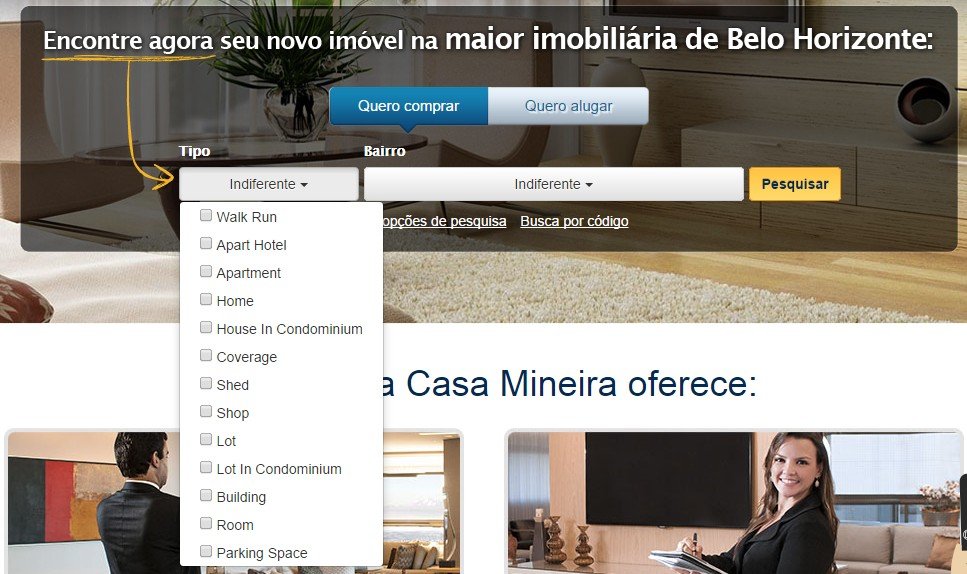 The new search bar was tested using VWO. A split URL test was set up, and close to 7,500 visitors became a part of the test.

Result: The variation outperformed the original home page and got the company 57.25% increase in form submissions, thus generating more leads.

As conversion optimization experts, we are just as interested in figuring out why the variation worked. In this case, why did the Search Box with drop-down menus win? There are 2 likely reasons: