Imsider.ru is a Russian company that helps new ventures start their own online stores.

The company used VWO for their A/B testing needs.

The objective was to increase the number of leads generated through completed forms.

Imsider.ru’s original landing page had a no-frills design. It had a contact form that visitors were asked to fill and submit to subscribe to a mailing list. Visitors who submitted the form would receive a link to download a free e-book on opening an e-store.

A relatively small number of visitors subscribed to the mailing list. As there was no other high-impact element above the fold, Imsider decided to perform an A/B test to see if changing the headline would make a difference. The English translation of the original headline was “A step-by-step plan for opening your internet store.”


This is how the landing page looked. 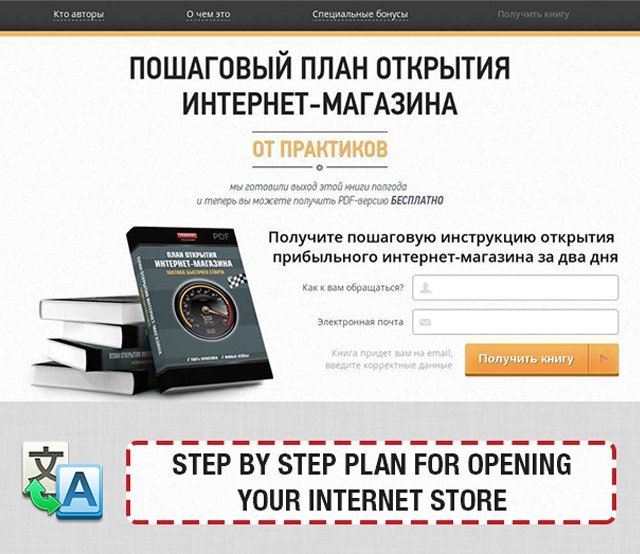 Imsider created a variation in which the headline translated to “Open your internet store in one evening.” 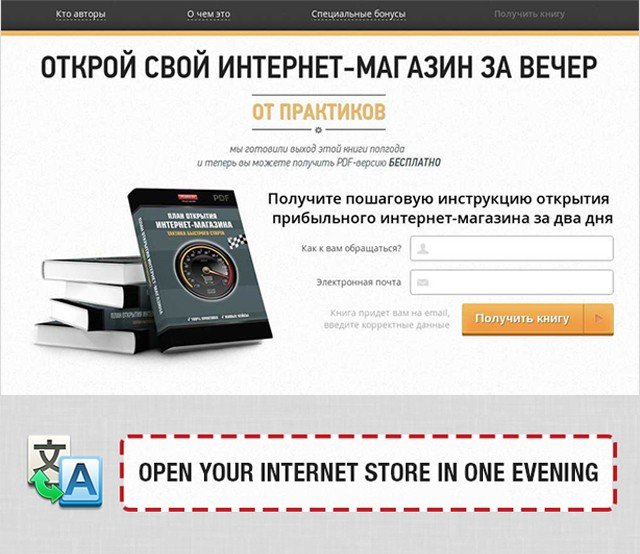 Imsider’s hypothesis proved right. The variation won, generating 9.52% more leads than the original landing page. The statistical significance of the test was an almost-perfect 99.99%.

When asked why he thought the variation headline worked better, Andrey Kryukov from Imsider said: “We thought that the phrase ‘in one evening’ will be more attractive to customers who want to open their first internet store than just ‘step-by-step plan’. People usually think that opening an internet store and starting your internet business is hard and long work.”

It is useful to try and understand why the variation worked better than the original. We believe the variation headline was better on three counts:

1) Promised time-bound benefit
The new headline made a clear promise that customers could potentially set up their online stores in “one evening.” For entrepreneurs looking to start their online business, being able to hit the ground running in a day would be sheer magic.

Visitors might be tempted to compare what they could otherwise do in “one evening.” By putting a value to “one evening,” the new headline utilizes the relationship between time saved and money spent that has been so well enunciated by behavioral economist Dan Ariely.

2) Conveys ease of task
For prospects reading the new headline, opening an internet store suddenly sounded much less daunting. The phrase “in one evening” served to reduce the inertia in the their minds.

3) Commands action
The variation headline falls under the “command category” of Copyblogger’s eight headline categories. The Command Headline boldly tells prospects what they need to do. Bly recommends that the first word should be a strong verb demanding action- and that is exactly what the word “Open” is in the variation headline. In addition to being a strong action word, it is instructive, persuasive, and conveys to the reader the benefit of the action. The confidence in the statement conveys to the customers that they are dealing with people who know what they are talking about, so the customers are in safe hands.