Arlington Plastics Machinery is a seller of used plastic equipment and extruders. This company uses the VWO platform for website optimization.

The goal was to increase sales leads by increasing the number of requests for quotes.

Here’s a screenshot of the original inventory page: 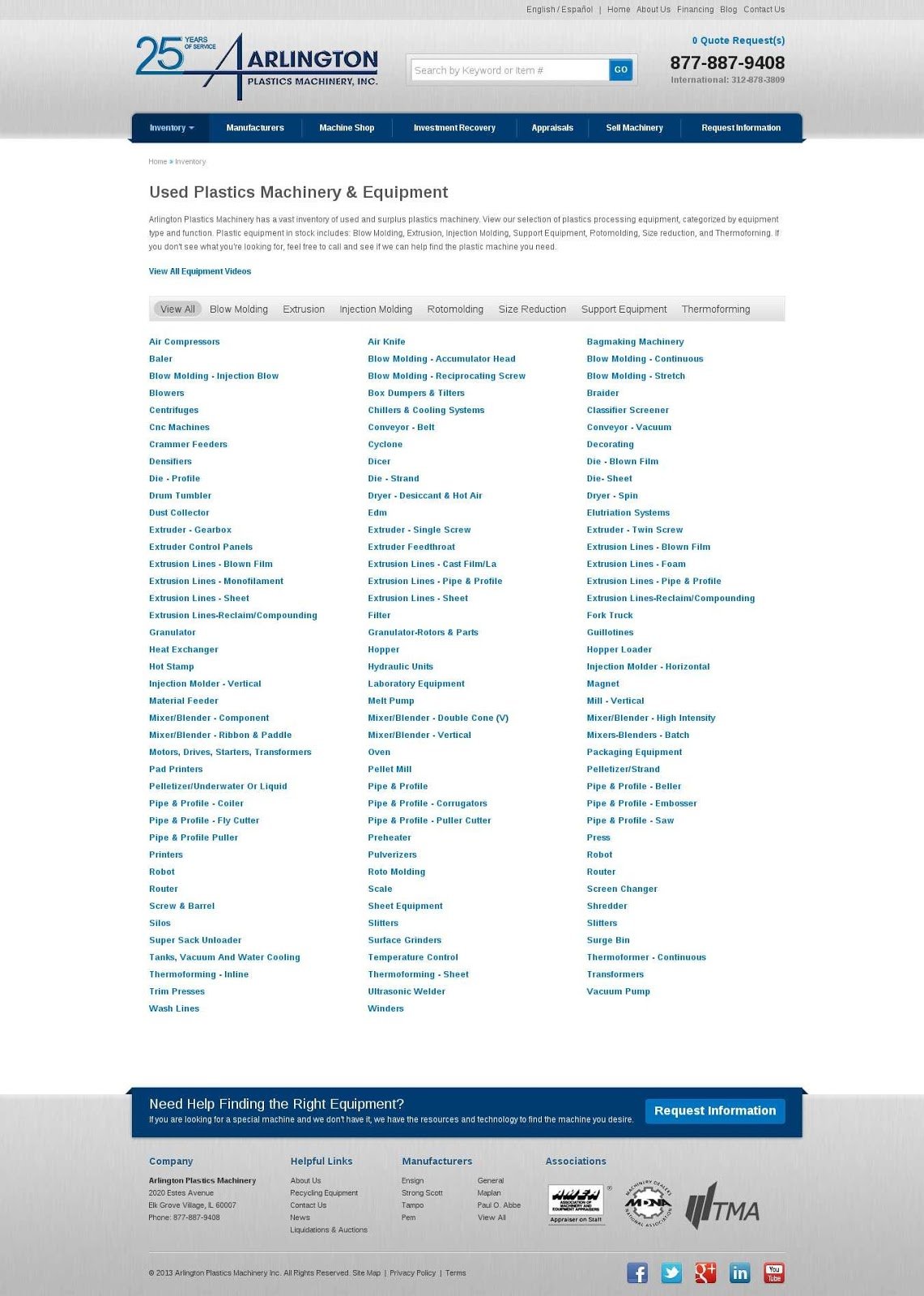 Brian McKenzie from Arlington Plastics felt that the company’s inventory page listed almost 120 subcategories of plastics machinery. This was an overwhelmingly large number that made one of the most highly-trafficked pages hard to use. It was felt that this was one important reason for the relatively small number of leads the page generated.


To improve lead generation, the team began to dig deeper. Using Google Analytics and other tools, they uncovered valuable data insights about the page.

The team found that certain subcategories of equipment were vastly more popular than the rest. This led to the view that prominently displaying the most popular sub-categories in the inventory page would increase quote/information requests.

Analysis of internal site-search data revealed that far more people were searching for types of machines (e.g. “granulators”) rather than based on the purpose of machines (e.g. “size reduction”)- which is what was listed on the page. This led to the intent to test whether mirroring the language used by customers in their search would improve conversions.

The team also found that the original call-to-action on the page prompted prospects to call the company if they were unable to find on the website the plastic machinery they were looking for. But it was also found that besides requests for help in finding a particular machine, many people also called with questions around prices as well as around suitability of equipment. For example, “What type of extruder would work best for this project?”. This led to the view that a more open-ended phone call-to-action would increase leads compared to the original call-to-action that prompted people to call only if they needed help in finding a particular type of machinery on the website.

Brian and his team decided to test the hypothesis that changing the introductory paragraph to address customers’ concerns better would generate more quote requests.

The table below shows a comparison of the original and changed introductory paragraphs:

The test was run using VWO. Here’s a comparison image of the 2 pages: 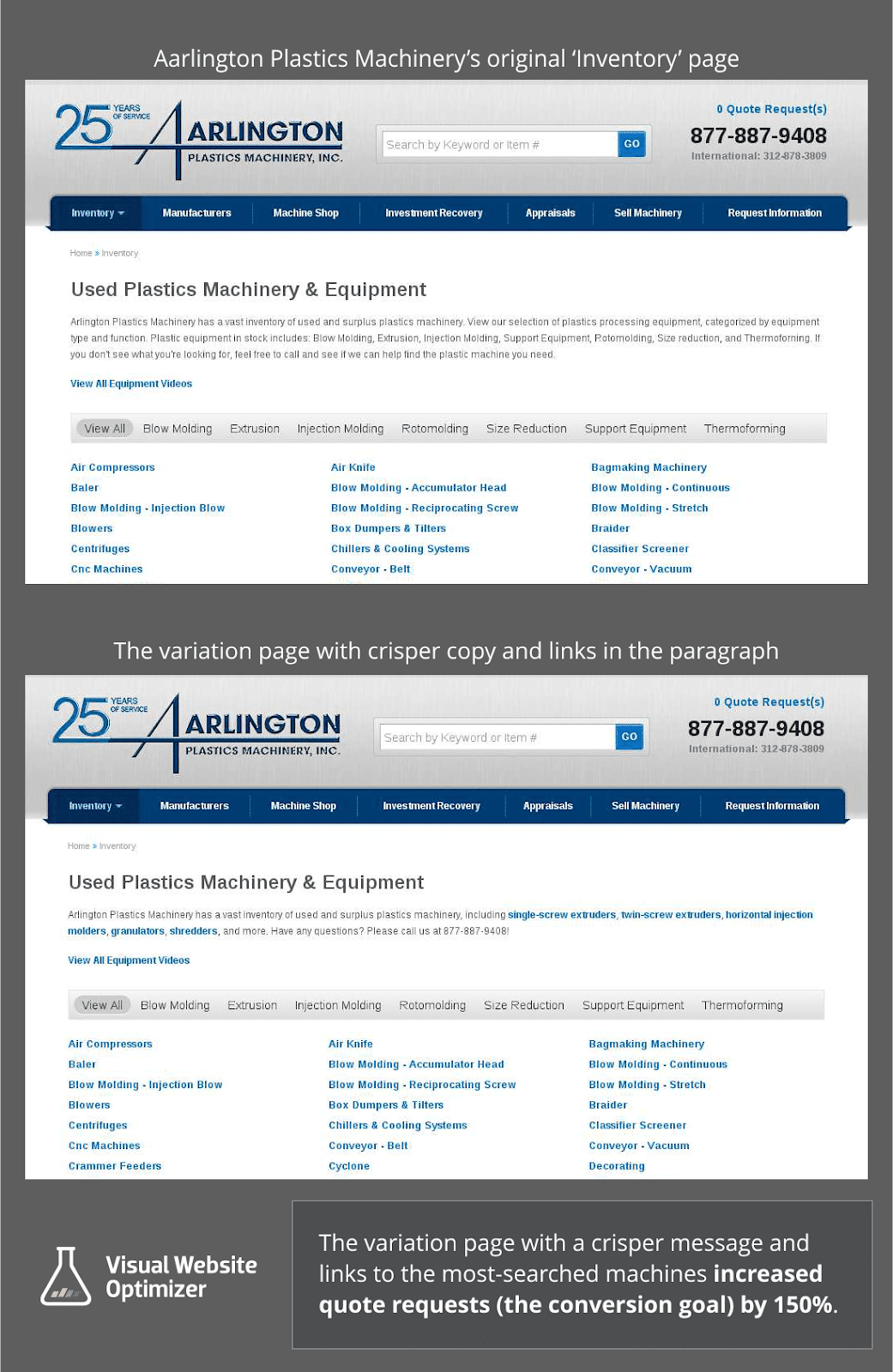 The Challenger page generated 150% higher leads than the original page, with 99.9% statistical confidence.

An additional $15,000 worth of sales queries were generated during the test. Assuming a constant conversion over the next 12 months, the new version was expected to deliver incremental annual sales of US$500,000.

So why did rewriting the introductory paragraph deliver such fantastic results?

The answer is ease of navigation and relevance of information. Even if visitors to your website are savvy and committed (such as procurement officers evaluating a $100,000 injection molder), they need to quickly find the information they are looking for, else they will bounce.

The changed page included prominent links to major categories in the introductory paragraph, making it easier for users to more easily find what they needed.