eCommerce companies use VWO to anticipate shopper concerns and run experiments to optimize each stage of their purchase funnel.

eCommerce has become an integral part of our lives, both personally and professionally. This is pushing businesses operating in this space to become more digital in their offerings and activities. To grow website traffic and engage more customers, marketing and sales strategies have to be backed by accurate and authentic data.

What is eCommerce conversion rate?

What is the mean conversion rate for eCommerce websites?

As per Monetate, the average eCommerce conversion rate ranges between 1% and 4%, with global figures standing at 2.58% across devices (as of Q2, 2019). But, significant conversion rate disparity exists across sectors, countries, devices, seasons, marketing strategies, and the like.

For instance, the average conversion rate for the health and wellbeing market was 3.44% in Feb 2020 as compared to 2.70% for the kitchen and home appliances market. As per a Smart Insights report, the US eCommerce sector has a conversion rate of 1.4% while the corresponding number for the United Kingdom is 1.8%.

Therefore, it’s important to develop your key eCommerce performance indicators (KPIs) as well as to take into account market-specific nuances while analyzing the average eCommerce conversion rate of your industry.

Similarly, if you’re comparing the conversion rate of your company with competitors, be mindful that no two businesses can have the same conversion rate. Several factors come into play – your targeted audience, geographic areas of business, products or services sold, penetration in the market, and more. As per Recurly, Amazon boasts of a 13% conversion rate, which is nearly 7x the average industry standard.

When drafting in-house goals and benchmarks, referring to market-specific conversion rate standards can prove to be highly valuable, especially to gauge the general and overall performance of your eCommerce store.

IRP Commerce is one of the best sites to study market data.

The graph below shows the average conversion rate of various eCommerce industries as of September 2019.

When formulating your KPI’s, it’s essential to consider benchmark conversion rates of leading commerce countries. The conversion rate you’d expect from the Netherlands, for instance, will be quite different from that of the UK. This difference in conversion rates is driven by many factors.

Knowing the country-wise conversion rate serves well, especially when you’re planning to expand your market base. This kind of information helps make necessary amendments to your KPIs and prepare foolproof business strategies for sure wins. This is where developing an understanding of your conversion funnels can come in handy.

Besides the industry and country-specific conversion rates, segregating the conversions based on traffic source is important. These figures help define channel-specific goals while helping to identify the best-performing and most promising traffic sources. As per the latest stats gathered from industry-acclaimed statistical sources, referral traffic is by far the best performer, getting maximum conversions, followed by emails, and social media.

Every company, including eCommerce stores, run a series of initiatives to highlight their offerings – either through featured product roundups, guest posting on authoritative sites, social media campaigns, implementing SEO strategies, or running Google Ads. Each such activity helps lure visitors to your site, further increasing engagement. On closer look, you’ll realize that every channel works towards increasing referrals, in turn boosting eCommerce conversions.

As is evident from the graph below, the performance of each of these traffic sources is fairly consistent across industries. However, in some cases, acquisition channels can serve as better mediums than others. For instance,  emails in the case of the food & drinks sector.

Meanwhile, Facebook remains one of the more favored social media channels to drive high traffic and conversions across industries like Fashion, Beauty & Wellness, Electronics, and Food & Drinks. Besides being home to billions of people, the medium’s visual component (images plus videos) and communication feature makes Facebook the go-to channel for product promotion for the above-mentioned sectors. Effective usage of visuals is a powerful tool for improved conversion rates.

Benchmarks related to specific devices, typically desktop, smartphones, and tablets, need to be considered when formulating KPIs for generating high conversions. As can be interpreted from the data below, conversion rates for large-screen devices such as desktops and tablets are approximately 2x as compared to the ones from mobile devices.

Tracking conversion rates can be quite challenging. For eCommerce, tracking the cart abandonment ratio is critical. Only then one can identify and take corrective actions.

At VWO, we believe it’s best to adopt a focused approach to eCommerce conversion optimization. Rely on well-researched studies and sources, including Statista and Baymard, or conduct your primary research to define your website conversion rate benchmarks and KPIs.

Remember, the role of benchmarks is to help you understand the current performance of your online store. They’re not gold standards that can be replicated. A more systematic approach is to run conversion optimization A/B tests and learn what works best for your online store. Such a well-informed approach has the potential to increase your conversion rates by as much as 90%.

Astha Khandelwal A marketing enthusiast who holds experience in creating informative content around the culture of experimentation and conversion rate optimization. She has a knack for learning and loves to explore new and innovative avenues of the industry. In the last couple of years, she has grown as a CRO enthusiast and aims to gain mastery in the field. 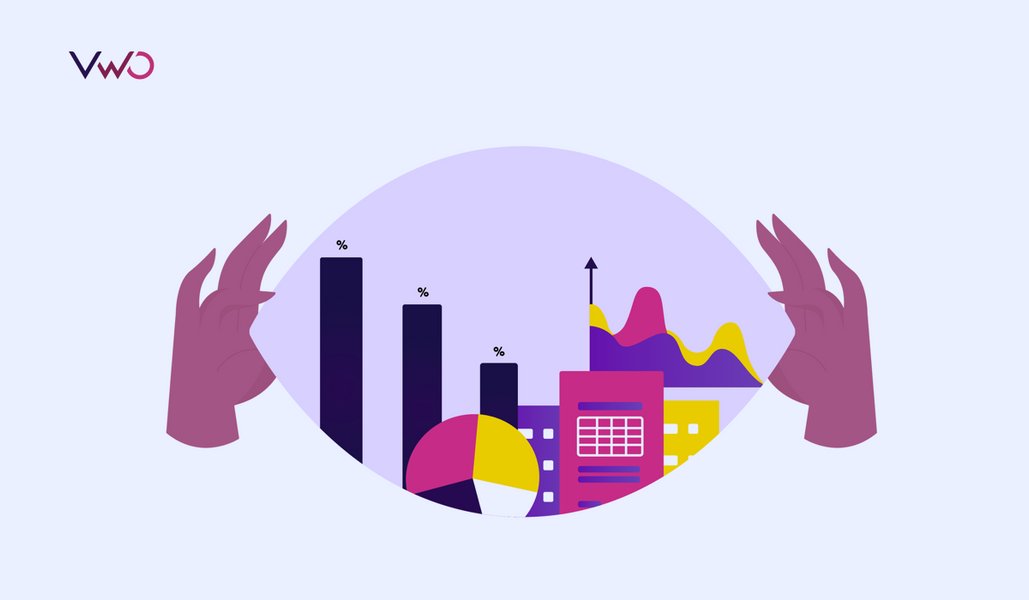 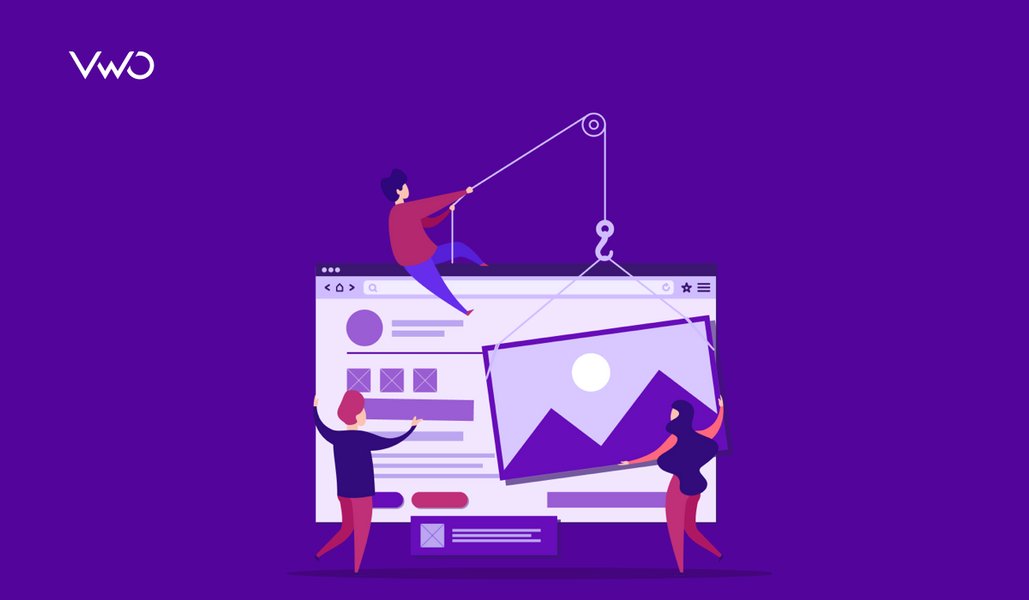 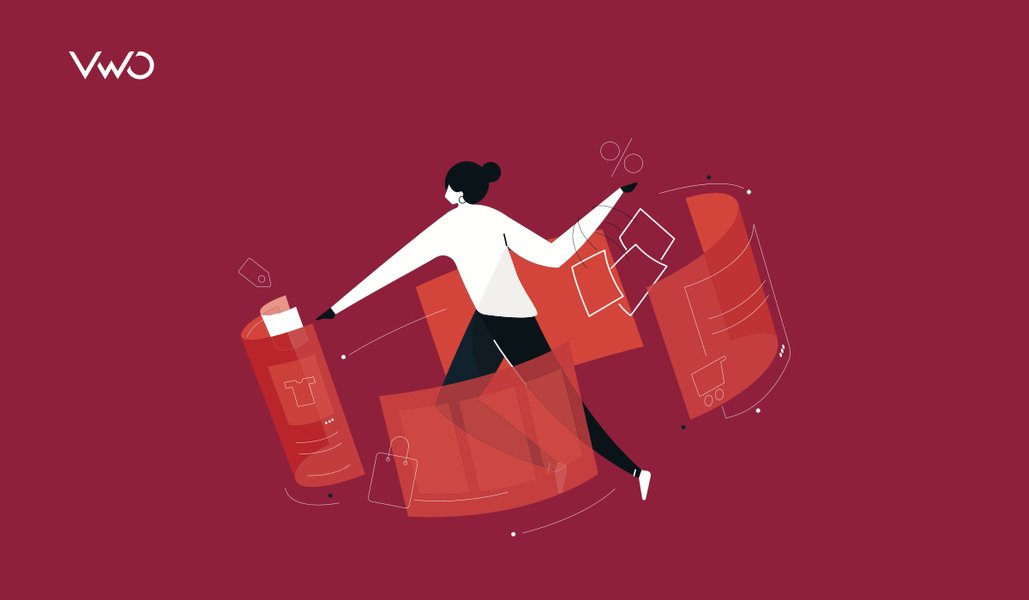 When someone mentions “virtual reality,” the first thing that comes to mind is gaming conventions…