De Nieuwe Zaak is a leading full-service digital agency based in Zwolle, Netherlands. With a team of over 90 experts, they provide innovative, high-quality digital commerce solutions for retailers, wholesalers, and brands alike.

They have been using VWO since 2012 to conduct A/B tests and optimize websites for many of their clients. Being such an extensive VWO user, they are constantly investigating how they can make use of the platform to make their processes more efficient and produce faster results.

De Nieuwe Zaak recently started using the VWO Application Programming Interface (API), which has drastically improved the productivity of their development teams with regard to building A/B test campaigns by using VWO. They recently published a blog post sharing their experience using VWO and the API; you can read it here.

De Nieuwe Zaak has more than 12 years of experience in implementing and creating web applications. In these years, they have standardized their development process.

Front-end developers work in their own Integrated Development Environment (IDE), such as Visual Studio, Sublime, or Webstorm, as these editors provide excellent support for writing code in HTML, SCSS, and JavaScript. After a piece of code is complete, it is stored in a version management system such as GIT and Bitbucket so that it is never lost.

Before the front-end developers at De Nieuwe Zaak started using the VWO API, they used to write the code for the test variations on the VWO code editor. However, they wanted to be able to write code in the IDE familiar to them for improved efficiency.

Developers at De Nieuwe Zaak used the VWO API to visualize tests in dashboards, analyze test results, and implement code changes in their campaigns. Here is how the process worked:

For any API to work, 2 applications are required. With one being VWO, developers at De Nieuwe Zaak wrote a small NodeJS application that now runs on their computers with the help of extensive documentation provided by VWO.

The NodeJS application communicates with VWO by using an automated task runner called GruntJS and an asynchronous request initiated by the browser, also known as an Ajax call.

With the first version of the VWO API, front-end developers at De Nieuwe Zaak were able to retrieve the JavaScript and CSS code pieces from their version management system, and then push the changes to VWO. Further, they could accommodate using SCSS instead of CSS, which is easier to manage and write code in. Below is a schematic representation of the process: 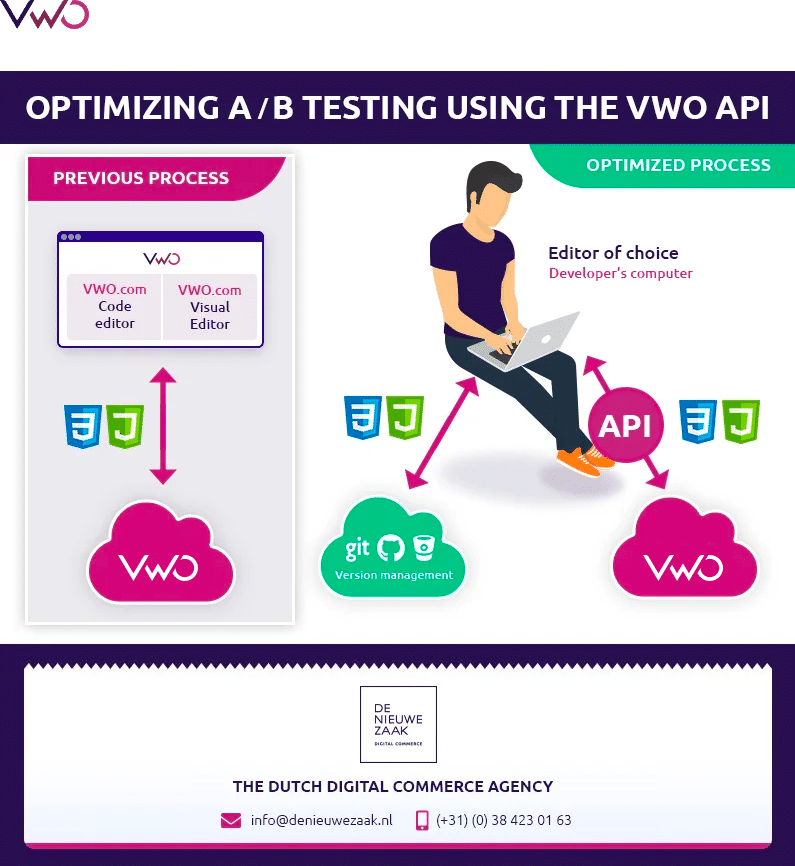 De Nieuwe Zaak is one of the first VWO customers worldwide that started using the VWO API. In addition to improving their efficiency and reducing the overall time spent from scratch till the end for implementing a test, the development team at De Nieuwe Zaak has been able to:

Ankur Sharma Ankur has over five years of experience working multiple roles in marketing across some of India's leading software companies. As a self-taught T-shaped marketer, he specializes in building global content marketing campaigns focussed on generating inbound demand for MarTech SaaS products. In his past time, he loves playing and watching football, exploring good comedy and food videos on YouTube, and reading non-fiction. 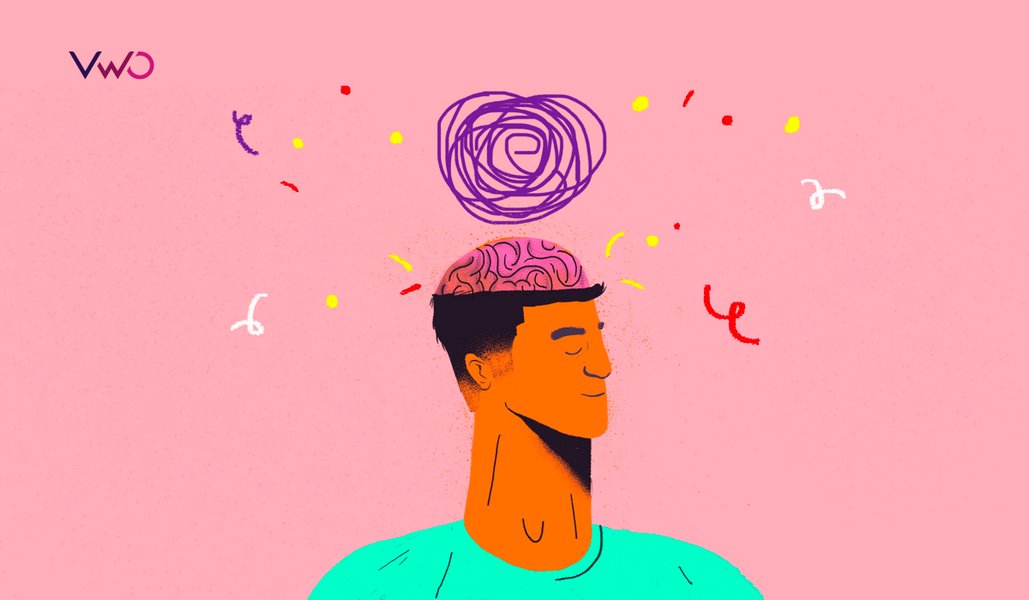 The Psychology Behind a Sale | Persuading Conversions Through Cognitive Biases

Ever wondered why “selling” has such a negative connotation about it? Why is it that… 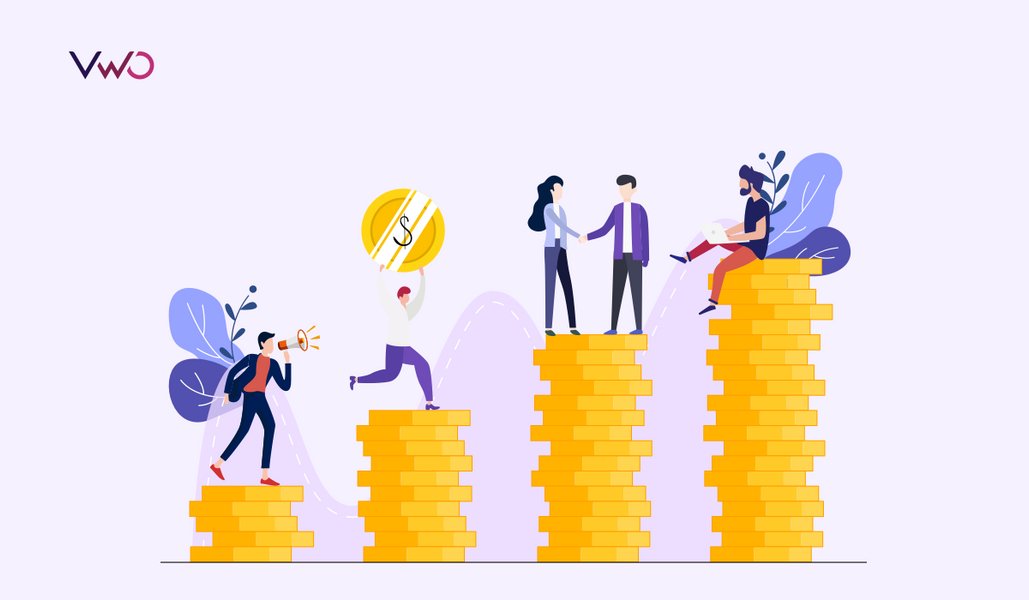 Conversion rate is a function of your website usability, trust in your brand, relevancy of… 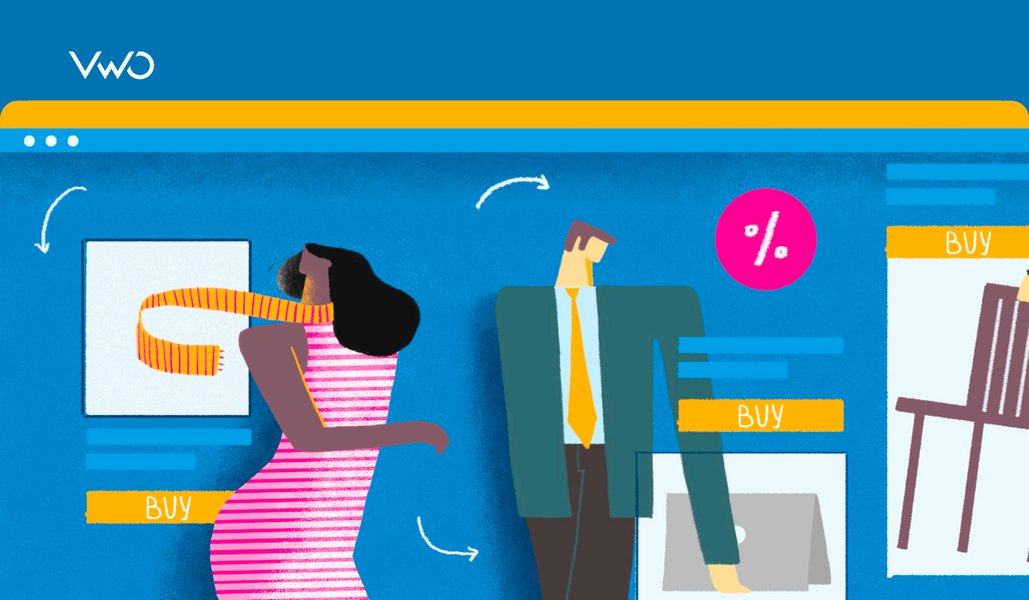